Home Uncategorized MESSAGE FROM THE PRESIDENT

MESSAGE FROM THE PRESIDENT 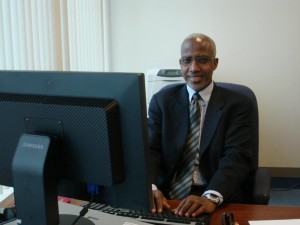 MESSAGE FROM THE PRESIDENT

It is my pleasure as the newly elected president of the Council to thank the outgoing Board led by Bro Naim Assill for having completed a succesful year. It is also my pleasure to set up an agenda for the coming year as I welcome the Board members to join me in this task ahead. There are several priorities I have identified and have coopted various Council members to help with the completion of the agenda.
Membership. Visitation to the Islamic centers will be coordinated with the youth group. I understand from chair of the youth committee,Badar that visits to three centers have been scheduled. I suggest that Mazin, Badar , Naim and Hussein speak off-line within this week.
Syria
The Committee headed by Br Kazmi is established to deal with the Syrian situation has met several times and their work is on-going with a major event planned for May.
Burma
Dr. Abdul Cader Asmal will take the lead on Burma Task Force. I have put him in touch with the task force.
Dr. Asmal with Imam Taalib will represent the council on GBIO. Asmal is already in touch with GBIO.
ICNE 2014 Annual Conference
We expect an update from Bajwa, Hammami and Riaz.
Ramadan Reception
We expect update from Mazin Duwaji and Yusuf Abdul Hakim.
Annual Banquet
We expect an update from Humayun and Fatma Antar.
By laws
I will be circulating the Bylaws of ISGM to the committee for comparison as we work to improve ours.
Young Professionals
We should also try to identify young professionals who should be members of the committees. The committees should be the training ground for the next cadre of leaders to run the council.
Dr Asmal with Sr May Khudairi will continue to work on the website in consultation with the Board.
On that note I will close the page on events that took place in 2013 and before, and focus on how the Council will display its current and forthcoming events.
One of the first challenges the Muslim community faced in 2014 related to the threat of ‘Islamist’ terrorism at the Sochi Winter Olympic Games. In order to make the position of Muslims unequivocally clear we asked Dr Asmal to write an oped piece for publication in the Boston Globe as a pre-emptive position statement to dissociate once again the role of Islam in any act of terror. While not published in the Globe it was published in the American Muslim and is reproduced here to place on permanent record the unconditional repudiation by Muslims of terrorism in all its forms.
Hussein Dayib President 2014.