Home Uncategorized WHO WILL WIN GOLD AT SOCHI?

WHO WILL WIN GOLD AT SOCHI? 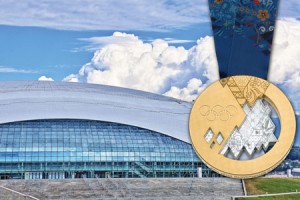 WHO WILL WIN GOLD AT SOCHI?

Prior to the Marathon Day bombing in Boston on April 15 2013, few Americans had heard about Chechnya and fewer could have been concerned about its past or future. All they were outraged by was the fact that two Chechen brothers, provided asylum in the US, had hideously turned against their benefactor and conducted an act of inexplicable terrorism. Thus the lens that the Chechen brothers provided to the American public was one of yet another band of ‘Islamist’ terrorists emerging from a part of the world disconnected from the usual suspects. Nonetheless, they brought notoriety to the Chechens in general and reinforced the image of Islam as the global cesspool of terrorism.

If it had been their goal to bring to the attention of the world the historically brutal subjugation of the Chechen people for over 150 years by Russia, the unanswered questions are, why had they selected the US to vent their hatred, how could an act of carnage propagate sympathy for their cause, and why impugn the name of Islam when their struggle is primarily a separatist one? With these questions still begging an answer, a band of Chechen mobsters now threatens to hold the whole world hostage by their promise of causing mayhem at the winter Olympic Games in Sochi. Having a captive audience, one would imagine that the Chechen leadership, if such an entity exists, would exploit the opportunity to showcase the unbearable devastation they had endured at the hands of the Russians: from the genocide of Chechens during the Caucasian War; to the ethnic cleansing of virtually the entire population of Chechnya to Siberia by Stalin; to the Second Chechen war orchestrated by Vladimir Putin, opposed to a breakaway Chechen Republic. In response to the warfare, Secretary of State Albright noted , ‘We cannot ignore the fact that thousands of Chechen civilians have died and more than 200,000 have been driven from their homes. The war in Chechnya has greatly damaged Russia’s international standing and is isolating Russia from the international community,’ Wikipedia.

Notwithstanding the protracted war of attrition, the Chechens’ resolve to secede from Russia has remained unabated, and under the influence of AlQaeda, who had helped bring the invincible Soviet Union to its knees, their campaign for separation transformed from a religious-nationalistic one to one with sinister religious overtones in which Chechens have sought a ‘jihadist’ justification for their mindless acts of terrorism.

Whether the threats to wreak mayhem on the Olympic Games are idle, or executed, the Chechen instigators will forever be remembered as the terrorists who won the battle of Sochi, lost the war for Chechnya, and made Islam a global pariah. On the other hand if the would-be terrorists announced that their primary objective was to focus on the intolerable depredation of the Chechens to a worldwide audience, and having achieved this they would henceforth renounce the use of terrorism, this would be ‘Gold’ for all. Such an act of unimaginable magnanimity is, however, deeply rooted in the Quranic injunction, 55:60, ’Is the reward of goodness aught save goodness itself? ’ The stage at Sochi should also echo the sentiments of Dr. King Jnr so that they reverberate around the globe, ’Injustice anywhere is a threat to justice everywhere’. This truism is one both Chechens and Russians need to live with, and while practicing Muslims, broad-brushed as ‘Islamist terrorists’, are unlikely to see a change in their status quo, it behooves them and the rest of the world to ensure its adoption. Should the Games be an unqualified success, Putin will claim ‘Gold’; the Olympians, ‘Silver’; and the ‘would-be terrorists ‘, end up as scrap metal in the dustbin of history. God forbid, should the Games be marred by any act of ‘Islamist terror’ (Muslim on non-Muslim violence), and amalgamated with the Muslim on Muslim atrocities in Syria, and the genocide of the unheard of Rohingya Muslims by Buddhist extremists in Myanmar, this will provide  the perfect pretext for the indiscriminate targeting of Muslims the world over. Gold at Sochi should symbolize the global commitment to the eradication of terrorism in all its guises.