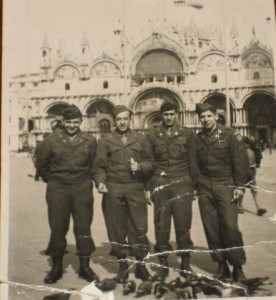 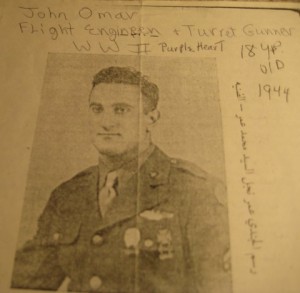 The original idea of a ceremonial honoring of all US Veterans by the Muslim community was conceived in July 2013. It was presented to the City of Boston’s Veterans’ Services Department, Commissioner, Francisco A. Urena who endorsed the idea. However because of time constraints and the organization of such an event would demand, it was decided to defer such a plan to a later date. As a small step in the right direction it was suggested to hold an event in order to honor just the Muslim Veterans.

A core committee led by Dr Nabeel Khudairi and including Chaplain Shareda Hosein, Chaplain Mary Lahaj and past president Suliman Muhammad got to work on the project. They assiduously compiled a more or less comprehensive list of known Muslim Veterans in the greater Boston area, arranged speakers, and dinner at the ISBCC and invited the Veterans and their families. The event was held on the evening of November 11, 2013 at the ISBCC, and proved to be a resounding success.

Dr Nabeel Khudairi who was the emcee for the ceremony invited Yusufi Vali of the ISBCC to make the welcoming remarks. Thereafter, he recited the ‘Pledge of Allegiance’ and addressed the historical role of Muslims in the American military. He expressed his opinion that the sentiments being displayed that evening as being long overdue. Chaplain Mary Lahaj then led the attendees through the first two verses of ‘My Country Tis of Thee’. Succeeding her was Imam Dr. Talal Eid, Director of the Islamic Institute of Boston, who underlined the fact that it was the inescapable duty of every American citizen, regardless of his previous nationality, racial or religious background, to act in defense of his country when called upon to do so. Muslims could in no way abdicate their obligation and as the evidence showed they came forward when they were asked to serve, regardless as to where they may have had to go and who they might be engaged in battle with. Chaplain Shareda Hosein and Imam Taalib Mahdee recounted their personal experiences in the military, which in fact they felt had made them into better Muslims.

Certificates of recognition for their distinguished services to their country were then presented by Dr Abdul Cader Asmal to all the Veterans present or to their surviving relatives. In his closing remarks, Dr Asmal expressed the hope that while such recognition of Veterans was a small step for Americans in general it was a giant step for the Muslim community! He ended with the prayer that he would live to see the day when the Muslim community would honor all Veterans, regardless of their religion, for the supreme sacrifices they constantly make. For these are men and women who share a common bond by placing their lives on the line, so that the rest of us can continue to enjoy the freedoms that we all so cherish.

Imam Mahdee began and ended the meeting with a prayer

Many people worked toward the success of the evening’s event. Dr Nabeel Khudairi’s undivided commitment must be singled out for special mention.

Attached : a copy of the program together with a compiled list of known Muslim Veterans