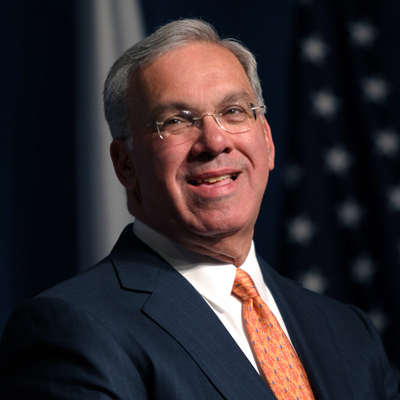 October 31, 2014 — The Muslim community of Boston, and of New England are deeply saddened by the loss of, and mourn the passing of our late Mayor Thomas Menino.  As President of the Islamic Council of New England I am certain that I echo the sentiments of not only Bostonians but also of all New Englanders, that Mayor Menino will be greatly missed. He was an accepting and true friend of the community, with a sincere respect for all and an uncompromising sense of justice.

As a man who would not seek out controversy or confrontation, he would not shy from it and stand strong in seeking justice for the less empowered, Mayor Menino strove to live a life that lived up to the standard of social and cultural equanimity this great country of ours is based on.

Thomas Menino’s legacy goes beyond his impeccable character, his tireless passion to promote goodwill, or his record of accomplishments. He was a dedicated mayor to the city, a loving husband and father to his family, and a person whose incomparable stewardship and responsibilities toward his fellow beings would certainly please God.

May his family take comfort in these facts and may his example of humility, generosity and caring be an example for all to follow.