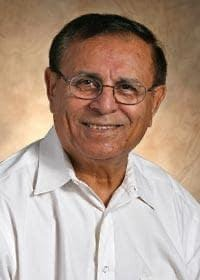 On January 7, 2021, the Islamic Council of New England (ICNE) lost one of its most stanch  benefactors, a visionary leader and community organizer. Dr. Kimat Khatak was a vocal  advocate of Council’s mission to be a collective Muslim voice in New England on regional and  national issues, particularly those concerning Islam’s standing in this country. With his  entrenched commitment and altruistic leadership dedication, he always remained engaged in  promoting and mobilizing Muslim communities to be a force in effectuating a positive change in  the society. Those who worked with him had known him as a straight shooter and often blunt in  his resolve to pursue what he deemed important for those he served, yet admired for his candor  and forthrightness even by people with opposing views. He will be remembered for his  generosity and philanthropic efforts to elevate his community in the cause of Islam and  humanity.

Dr. Khatak joined ICNE in 1987 and remained affiliated with it since. He was among the  founding Benefactors of the Council who established its Endowment Fund and contributed to it  as a financial backbone of the Council and for its fiscal viability. Dr. Khatak chaired ICNE  Annual Conference in 1997 at Holyoke Community College, Holyoke, MA. He served as ICNE  President in 2008.

Among Dr. Khatak’s major accomplishments is the establishment in 1984 of the Islamic Society  of Western Massachusetts, West Springfield, MA. He was one of its founding members and was  elected as its first President. The area of beneficence of dynamic leaders of altruism has no  frontiers. Dr. Khatak spearheaded the rise of yet another Islamic center that seals his legacy. He  played a leading role in 2015 in the establishment of Masjid Bait Salaam, Springfield, MA; and remained its Head until his earthly tenure came to conclusion. Both organizations are ICNE

Dr. Khatak was a well-respected Cardiologist in his professional circle. A graduate of Liaquat  Medical College (1963), Pakistan, Dr. Khatak was associated with Holyoke Medical Center,  Holyoke, MA. He joined the Center in 1979 where he was held in high esteem by his peers,  colleagues and staff: “….those who strive in Our cause, We shall surely guide them to  Our path. Indeed Allah is with those who do good.” [Qur’an, 29: 69]