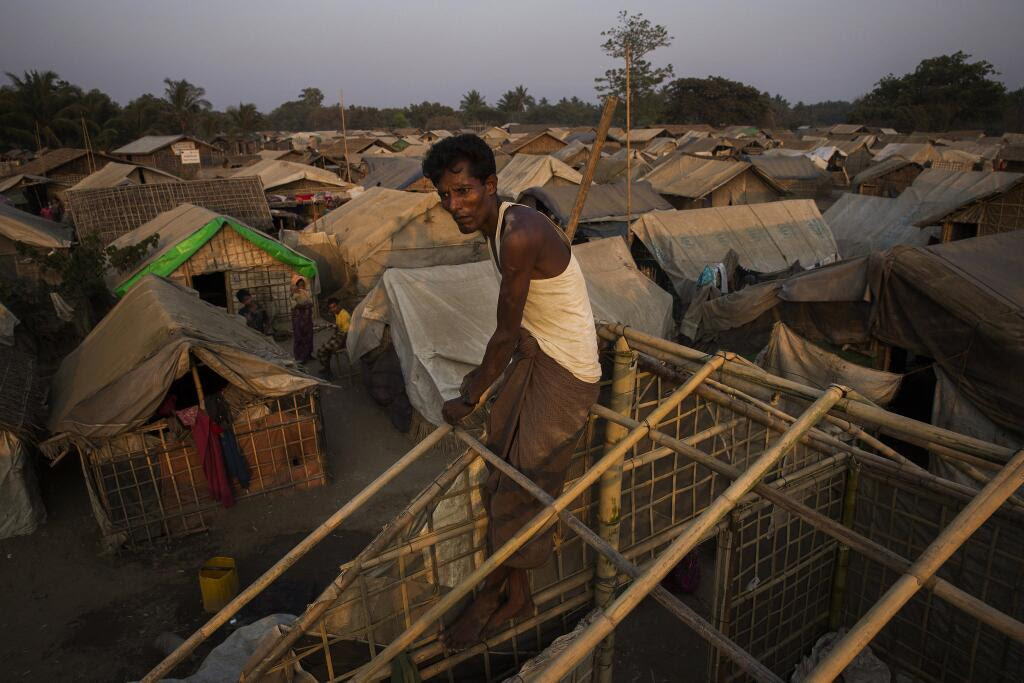 “There are elements of genocide in Rakhine with respect to Rohingya . . . . The possibility of a genocide needs to be discussed. I myself do not use the term genocide for strategic reasons.” – Tomás Ojéa Quintana, United Nations Special Rapporteur for Human Rights, London Conference on Decades of State-Sponsored Destruction of Myanmar’s Rohingya, April 28, 2014.

In the above statement, it is the first time ever a UN representative has used the term genocide.

But an essay by Dr. Maung Zarni argues that it is genocide. His essay “The Slow-Burning Genocide of Myanmar’s Rohingya” says it all. It is published this month by Pacific Rim Law & Policy Journal of the University of Washington School of Law. It is a 70-page long, thoroughly researched, fully referenced essay. Interestingly, it is written by someone who is a Buddhist Burmese himself.

We can provide you this essay free of charge, if you can use it in the following ways:
If you would like to read it yourself to understand the issues thoroughly
If you have a relationship with your government representative to share it with her/him
If you would like to educate someone else on this issue

Please contact us at info@BurmaMuslims.org with the quantity you can distribute in your city.

UNITED NATIONS — A senior United Nations aid official said Tuesday that in camps for the stateless Muslim group known as the Rohingya, in Myanmar, she witnessed the worst human suffering she had ever seen in such places.

The official, Kang Kyung-wha, the deputy emergency relief coordinator, visited Myanmar last week, traveling to Rakhine State in the country’s west and to Kachin State in the north, where over 100,000 people have been displaced since fighting between ethnic minority insurgents and the government erupted in June 2011, ending a 17-year cease-fire.

“In Rakhine, I witnessed a level of human suffering in I.D.P. camps that I have personally never seen before,” Ms. Kang said, referring to internally displaced person camps, adding that there were “men, women and children living in appalling conditions with severe restrictions on their freedom of movement.”

“Many people have wholly inadequate access to basic services, including health, education, water and sanitation,” she said.

Ms. Kang said the safety and security of the United Nations staff and other aid workers would remain at risk until the Myanmar authorities brought to justice the people behind the attacks against United Nations offices in March.

In February, the authorities in Myanmar expelled Médecins Sans Frontières — also called Doctors Without Borders, the main aid group in Rakhine — and then the March attacks led to the withdrawal of more aid groups. That set off a health crisis in the camps that the government has dismissed.
Please Remember Burma Muslims in Your Sadaqat this Ramadan!